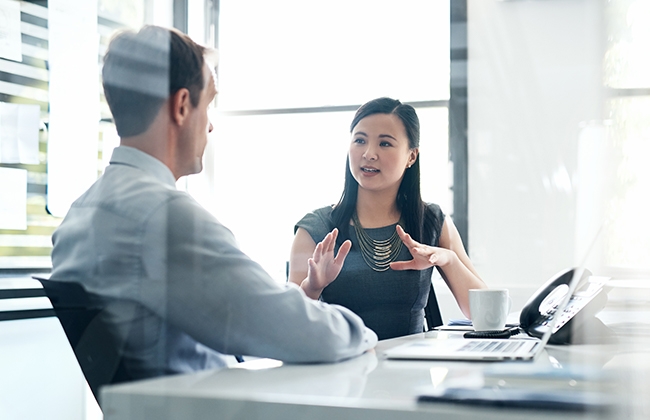 Creating innovation in debt capital markets with a new form of CLO
Financial markets are constantly evolving and becoming more complex. For fund managers who handle collateralized loan obligations (CLOs), investment strategies have been impacted by implementation of the Dodd-Frank Act. Challenges such as these, in addition to the high cost and complexity of refinancing, have led some fund managers to explore new approaches to CLOs.

This is the environment in which Crescent Capital Group and Sancus Capital Management introduced a new and innovative feature to CLO funds. The feature involves a novel refinancing mechanism called an “applicable margin reset” (AMR), which allows debt tranches to be re-priced more efficiently using an auction method instead of a traditional syndication process.

This innovative solution is significant for both debt and equity investors. The AMR feature allows equity investors to more easily trigger a note refinancing and reduce the associated costs.
“We are very excited to share our innovation of AMR by launching the first deal utilizing the structure,” said Olga Chernova, Founder and CIO of Sancus Capital Management. “AMR will have tremendous benefits in making the CLO market more efficient, liquid, and transparent.”

Several years in the making
Sancus began working on the AMR mechanism two years before it partnered with Crescent Capital and MUFG on issuing the $413m CLO for the Atlas Senior Secured Loan Fund VIII with the AMR feature. Acting as the sole lead underwriter, MUFG was able to generate significant interest in the transaction from numerous investor types, including insurance companies, asset managers, and hedge funds. MUFG led negotiations and brought stakeholders to an agreement regarding their roles and responsibilities in the AMR process. MUFG aided the successful completion of the transaction by establishing a majority AAA investor early in the marketing process.
Chernova was impressed by the role MUFG played in bringing the first transaction to market. “As the lead underwriter, MUFG did a phenomenal job educating the market on the new features and benefits,” she said.

Bringing simplicity to CLO refinancing
Sancus and MUFG developed the AMR feature because the process of calling securities and re-issuing them to refinance a CLO seemed “unnecessarily complicated,” said Chernova. Together, the teams set out to build a mechanism where the securities could be refinanced in an auction, with investors submitting interest rates they are willing to receive for owning the fund’s debt tranches.

The AMR feature allows for debt tranches to be re-priced more efficiently. The mechanism should allow managers to reprice CLOs faster and more cheaply than a traditional CLO refinancing. The investor with the lowest coupon offer wins, but the tranche spreads remain unchanged if the auction service provider does not receive bids totaling the entire size of the tranches.

In addition to reducing associated costs, the AMR differs from typical syndication process in allowing a refinancing to be trigged automatically at specified dates or by majority of equity holders. “As credit investors, we felt the traditional refinancing process in CLOs had many issues and we solved for those in developing AMR,” said Chernova. “We also aimed to resolve uncertainties pertaining to risk-retention for CLO managers.”

According to Asif Khan, who runs the new issue CLO business at MUFG, demand for the solution is growing. “The process makes CLOs more democratic. When the deal refinances, anyone can participate. It makes the process easier and brings down the cost of refinancing,” said Khan.