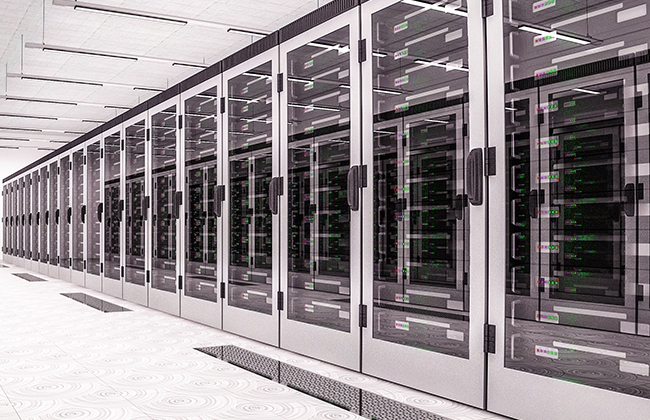 Divergent effects of COVID-19 pandemic on tech and telecom companies

The coronavirus pandemic is affecting the revenue streams of technology and telecommunications companies in divergent ways, leading some to adopt new business models.

While COVID-19 adds a layer of uncertainty over the short- and medium-term outlook of many tech and telecom companies, secular trends for the overall sector remain favorable in the long term. We see rapidly rising wireline (cable-based) and wireless data traffic—as well as growing demand for semiconductors for use in electronic goods—as strong underlying growth drivers.

The beneficiaries of remote work, remote learning, and home sheltering

The need for remote work and learning capabilities has fueled substantial growth in the use of Internet servers, cloud-based applications, online communication tools, and telecommunication infrastructure. This trend has benefited manufacturers, developers, and providers of related hardware, software and services, including data-center companies that operate and manage server hubs; developers of videoconferencing, online collaboration and messaging applications; and telecom companies.

Telecom services, in particular, are indispensable for businesses and individuals during this time, and they have made the sector highly resilient. At the same time, more usage demands more network capacity, which may require additional capital expenditures by telecom companies to augment their infrastructure in order to maintain service quality—whether in cellular phone service or broadband speed. These expenditures may be offset in the longer run by price increases, or by higher revenue from consumer migration to costlier service plans that cover more data consumption, usage time and faster connections.

We have seen that home sheltering and lockdowns have favored e-commerce companies, which have experienced considerable growth by offering online alternatives to buying and selling goods in lieu of brick-and-mortal retail.

Other effects on hardware manufacturers

The pandemic has impacted a range of hardware technology producers:

The effect on Internet companies

Internet companies that derive their main income from advertising have been negatively affected by the pandemic. Four of the largest online advertisers include the retail, auto, travel and, entertainment industries—and all of them took a hit in consumer demand that has squeezed their ad budgets. This setback has, in turn, led to declining ad revenue among Internet companies such as search engines and social-media networks, as well as sites and mobile-app developers that publish crowd-sourced reviews about businesses and operate online reservation services.

We believe that some of the largest Internet companies are diversified enough to withstand the downturn in ad revenue, and perhaps even thrive by offering other services, but that the knock‑on effect of declining ad expenditures is felt across the board.