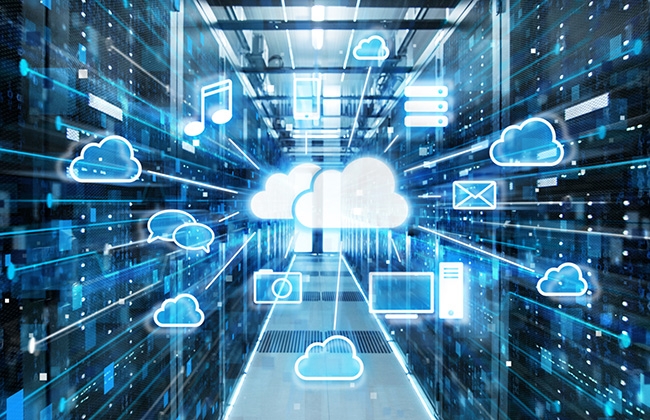 Organizations that continued full speed ahead with their digital transformation initiatives during the COVID-19 pandemic are able to ruminate on what went right and what they would have done differently, with the benefit of hindsight.

Some of what they’ve gleaned comes as no surprise: A successful digital transformation requires executive buy-in, constant communication with business units, and of course, financial commitment. A newly released report from Deloitte supports that, noting that a straightforward, compelling “north star” narrative is critical to success for 38% of executive respondents. A leader also needs to devote time and energy to drive a transformation forward. When a chief transformation officer contributed an additional 15% of their time, the probability of success improved by approximately 16%, according to the study.

In terms of financial investment, half of the survey respondents indicated that their organizations invest between 1% and 5% of annual revenue on transformation programs.

But there are lesser-known, less obvious attributes of a successful digital program. CIOs and other IT leaders share seven secrets of how to get digital transformation right.

1. They speak a common language

While it’s critical for tech leaders to communicate throughout a digital project, it’s also important to communicate appropriately, says Rich Nanda, US strategy and analytics offerings leader, at Deloitte Consulting.

“In many organizations, we commonly see IT leaders in these discussions move too quickly to discussing technical requirements,’’ Nanda says. “The challenge with this approach is that companies end up in what we refer to as the ‘digital trap. They lead with a single technology — AI, cloud, or currently the metaverse, [which] is in a hype cycle.”

By narrowing the focus too quickly, IT leaders miss the opportunity to ensure their digital program is aligned with their enterprise strategy as a north star, Nanda says. They run the risk of miscommunication and misaligned business, technology, and operational strategy across the CXO team.

Tech leaders “should have a common language that clearly defines their company’s digital imperatives, with related value measures, that allows the organization to align on strategy across the C-suite and to communicate the strategic value they hope to achieve from it,” Nanda says.

From there, they can use the latest technological advancements in AI or advancing ecosystem accelerators such as industry cloud to help accelerate their ability to change in service of that strategy, he says. This will elevate digital trust.

2. They use dashboards to monitor value

Companies that make effective use of dashboards are more likely to succeed at digital transformation, according to a new brief from the MIT Center for Information Systems Research.

Dashboards should be used to monitor the value of an initiative and how value is created, measured by organizational and individual capabilities that support digital transformation, and tracked over time, according to the research brief.

CISR researchers recommend staying persistent on dashboard usage given that, like most cultural shifts, there will be resistance to their introduction. They also advise communicating the dashboard’s value consistently since that will drive effective dashboard use, both to increase adoption and to improve company performance on key dashboard metrics, the brief says.

3. They invest in their teams to spur innovation

Digital transformations typically include the adoption of cloud-based and third-party tools and services. When that happens, your team members become managers of services rather than creators of them, observes Evan Huston, chief digital officer at Saatva, a luxury sleep company.

To free up internal resources for innovation, Saatva has moved from using traditional quality assurance to crowdsourced QA all over the world, which gives the company an army of testers, Huston says. “Our internal QA team now focuses 100% on automated testing and managing the queue from the crowdsourced operation. These changes shake up the skills you need on your team, creating a gap that your organization needs to fill with hiring or retraining.”

Being aggressive with training has also been particularly effective in getting more from IT talent on hand, he adds. “High IQ people have the capacity to learn complex new skills if you invest in them. Your organization can both avoid turnover costs and preserve corporate memory.”

Today, VIA Metropolitan Transit in San Antonio, Texas, has a new, AI-powered chatbot that answers questions 24/7 and a mobile app that customers can use to buy bus passes. These accomplishments didn’t come without a lot of angst for VIA’s Vice President of Technology and Innovation Steve Young.

The long and short of it is, VIA partnered with the wrong partner, Young says. “The provider was terrible — they changed platforms on us … and things didn’t work on the [original] bot,’’ he recalls.

Even if a vendor has had success with previous products, technology changes so frequently, it’s important to vet not just the company but the specific product, Young says.

“There’s a danger in adopting quickly,’’ he says. “It’s a pitfall.”

VIA also had a partner issue with the mobile pass provider it worked with. “The challenge there was more about needing a partner that could move at the speed we wanted to move at,” Young says. VIA had a lot of requirements and spent a lot of time waiting for the partner to respond.

When they sought a new tech partner, once again VIA wanted to find a vendor with stability and a history of proven performance. “We wrote a slim RFP” that described what VIA officials envisioned in a mobility payment platform. The RFP also stipulated that VIA wanted a partner with a strong platform with proven integrations with other third parties.

5. They collaborate by any means possible

Honeywell is in the midst of an aggressive digital transformation in every one of its business units and functions. Sheila Jordan, chief digital technology officer, is spearheading those efforts and presently overseeing 42 active transformational programs at Honeywell. Jordan was hired 60 days before the lockdown began and was immediately tasked with shifting tens of thousands of employees to work from home.

That meant everyone in the company had to learn to use collaborative technologies such as Zoom, even senior leaders who hadn’t used them before, she says. Now, those technologies have become ingrained in Honeywell’s culture.

Jordan says she saw decision makers using collaborative tools for demos and presentations, and then “inadvertently applying [them] to solve other problems.” That led to new ways of using video, such as to meet with vendors, and it also led to the creation of a customer advisory board as more and more people became comfortable with collaborative technology.

Video can only go so far, though, Jordan admits. “As we return back to the office, there’s been a demand to shake people’s hands,’’ she says, “and people are meeting people for the first time in two years, which is important. But they are re-considering whether they should get on a plane for a one-hour meeting when video is so effective.”

6. They recognize agile is more than just a framework

Charles River Laboratories, an early-stage drug research organization, is not only building new technologies but transforming the way employees work. For example, IT is “ingraining an agile way of working’’ into its culture, says Mark Mintz, corporate senior vice president and CIO. “Our objective is to bring technology to market more quickly in more iterative pieces and quickly work to identify and solve problems,’’ he says. IT’s approach is to launch betas, test and learn from them, then improve and offer more features and capabilities.

This involves changing people, culture, and technologies, he says. “Even the best technologies don’t implement themselves. You need highly skilled people who are continuously learning and developing new processes and understanding new technologies to get the most out of them.”

But having great people only gets you so far. If they’re not collaborative or if they’re not given a safe space to experiment and not empowered to use their skills, you won’t get benefits from the technologies, Mintz says.

Given the nature of its business, Charles River is implementing cutting-edge technologies like AI and machine learning. But IT is also deploying APIs and microservices and thinking about and designing flexible architecture. “That is critical because it enables us to move at scale,” Mintz says. Security is also paramount, he adds.

“Where I spend most of my time is on the people and culture side — getting those people and making sure we grow our talent and create the best culture and environment,” he says. “Frankly, then it’s getting out of their way and removing impediments and letting them do what they’re good at.”

7. They invest in cloud experimentation

The UK-based company deployed a design methodology that focuses on four Ds: discovering a problem, defining the challenges, developing the answers, and delivering the solution, DiCamillo says.

Leadership felt there should be a vehicle for people to look at new ways of doing things, and now, people can request money to try something new in the cloud, whether an automation activity or the creation of a tool, he says.

DiCamillo found that people were shying away from provisioning cloud services because they had to figure out how to pay for time in Microsoft Azure or Amazon AWS. So he decided to “provide seed money for people to go play and understand how to do high-performance computation in the cloud and use technology to improve upon inefficiencies.”

Employees can request anywhere from a couple of thousand dollars up to $25,000. The only caveat is employees have to produce a value report at the end that identifies the ROI, whether in time savings, new efficiencies, new skills they gained, or potential reuse in other areas or other projects, he says.

The seed money has led to the creation of tools to replace manual efforts, DiCamillo says. “Engineering firms love Excel spreadsheets, but at the end of the day, those formulas can be replaced by code,’’ he says. It has also led to new ways of working. Leveraging high-performance computing, for example, has enabled delivery on projects in hours instead of days, he says.

Transformation is a constant process because the pace of change and growth continue to accelerate, he says. “It’s a mistaken view that the journey ends. We always need to be looking at the next things to do better to serve employees and customers. The pandemic was the greatest change engine ever…and there’s no going back.”

This article was from CIO and was legally licensed through the Industry Dive Content Marketplace. Please direct all licensing questions to legal@industrydive.com.