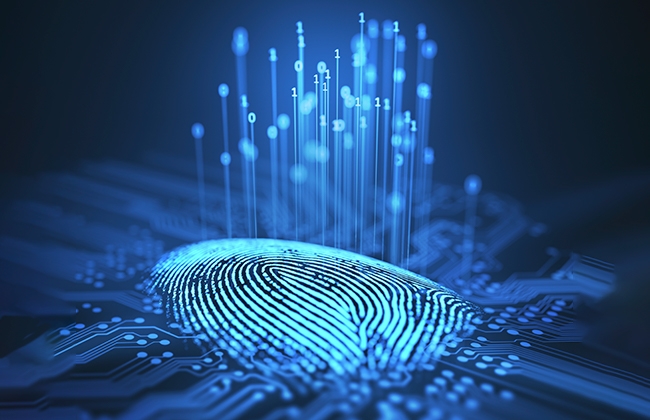 Identity and access management (IAM) in enterprise IT is about defining and managing the roles and access privileges of individual network entities (users and devices) to a variety of cloud and on-premises applications. Users include customers, partners and employees; devices include computers, smartphones, routers, servers, controllers and sensors.

The core objective of IAM systems is one digital identity per individual or item. Once that digital identity has been established, it must be maintained, modified and monitored throughout each user’s or device’s access lifecycle.

Thus, the overarching goal of identity management is to grant access to the enterprise assets that users and devices have rights to in a given context. That includes onboarding users and systems, permission authorizations, and the offboarding of users and devices in a timely manner.

However, part of the problem are the users and their love/hate relationship with their passwords. We all have too many passwords, making the temptation to share them across logins – and the resulting security implications – an issue. A Forrester survey from August 2020 found that 53% of information workers store their passwords insecurely. Another March 2021 survey of US consumers by Transmit Security found that more than half of them stopped using a website because their login process was too complex. Clearly, there is work still to be done in this area.

IAM systems provide administrators with the tools and technologies to change a user’s role, track user activities, create reports on those activities, and enforce policies on an ongoing basis. These systems are designed to provide a means of administering user access across an entire enterprise and to ensure compliance with corporate policies and government regulations.

“Identity has become more important since COVID has made physical boundaries irrelevant,” says Andras Cser, VP and IAM analyst with Forrester Research. More businesses have moved toward remote users and have also given users outside the organization greater access to their internal systems. “With digital transformation accelerating, identity has become the cornerstone of customer acquisition, management, and retention."

COVID-caused disruption has surfaced weaknesses in many organizations’ IAM architecture and greatly accelerated IAM evolution, according to Gartner’s latest 2021 Planning Guide for IAM report. As a result, Cser says, "the economy now relies on IAM.”

This may be why IAM spending is up. According to a March 2021 study of more than 1,300 executives sponsored by Ping Identity, about “70% of global business executives plan to increase spending on IAM for their workforce over the next 12 months, as a continuation of remote work increases demand on IT and security teams.” They also found that more than half of the companies surveyed have invested in new IAM products since the pandemic began.

Regulating user access has traditionally involved authentication methods for verifying a user’s or device’s identity, including passwords, digital certificates, hardware and smartphone software tokens. These latter forms of tokens first emerged in 2005 and now can be found on both iOS and Android smartphones with apps from Google, Microsoft, Cisco/Duo, Authy and numerous other IAM vendors. More modern approaches include biometric elements and support for the Fast Identity Alliance (FIDO).

In today’s complex environments with heightened security threats, a strong username and password don't cut it anymore. The most notable change has been the addition of multi-factor authentication (MFA) into IAM products. Today, identity management systems often incorporate elements of biometrics, machine learning and artificial intelligence, and risk-based authentication.

IAM plays a series of critical roles at several places in an organization’s security “stack,” but it isn’t often thought of that way because these roles are spread out across different groups, such as development teams, IT infrastructure, operations managers, the legal department and so forth.

IAM techniques are just the beginning of managing a secure network. They require companies to define their access policies, specifically outlining who has access to which data resources and applications and under which conditions.

Many companies have evolved their access control policies over time, and the result is that they have overlapping rules and role definitions that are usually outdated and, in some cases, provisioned incorrectly.

“You have to clean up your identities and revoke all the extra privileges that users don’t need so that you don’t migrate a mess,” says Cser. “This means spending more time on upfront design.”

Second, IAM has to connect with all parts of the business, such as analytics, business intelligence, customer and partner portals, and marketing solutions. “Otherwise, IAM quickly becomes irrelevant,” says Cser. Gartner recommends that IAM adopt the same continuous value delivery model that many DevOps cloud teams use to deliver their software. That isn’t how many enterprise IT shops have approached IAM in the past, however.

Next, IAM goes beyond protecting users to include authenticating non-human entities, such as application keys, APIs, and secrets, agents and containers. Gartner recommends making these items “first-class citizens” and says they should be managed appropriately with cross-functional teams to bring together every stakeholder. This is one area where IAM is evolving rapidly.

Finally, IAM needs to be tied closely with adaptive authentication and MFA tools. Authentication used to be thought of as a binary go/no-go decision at the moment of login, such as signing into a VPN. That’s old-world thinking.

Today’s IAM needs more granularity to prevent account takeovers and subtle phishing attacks. Many industry experts recommend rolling out adaptive MFA to all users and having an evolving authorization model that safely enables remote access. This both increases trust and improves overall usability. And as Gartner’s planning guide states, “adaptive access is just the beginning of smarter authentication solutions. Most of these products don’t have fraud detection based on passive biometric collections or support digital signatures and identity orchestrations. These protections that are needed thanks to new and more sophisticated account takeover attack methods.

What IAM means for compliance

IAM systems can bolster regulatory compliance by providing the tools to implement comprehensive security, audit and access policies. Many systems now provide features designed to ensure that an organization is in compliance.

The General Data Protection Regulation (GDPR) requires strong security and user access controls. GDPR mandates that organizations safeguard the personal data and privacy of European Union citizens and businesses. Various US states have enacted similar privacy laws. To comply with these laws means, you need to automate many aspects of IAM and ensure that your workflows, processes, access rights, and applications stay in compliance.

Authorization messages between trusted partners are often sent using Security Assertion Markup Language (SAML). This open specification defines an XML framework for exchanging security assertions among security authorities. SAML achieves interoperability across different vendor platforms that provide authentication and authorization services. SAML isn’t the only open-standard identity protocol, however. Others include OpenID, Web Services Trust (WS-Trust) and WS-Federation (which has corporate backing from Microsoft and IBM), and OAuth, which allows a user’s account information to be accessed by third-party services, such as Facebook, without exposing the password.

The biggest change in identity standards since 2013 has been the adoption of FIDO, which provides approaches for eliminating passwords entirely using a variety of hardware security keys, biometric methods and smartphone profiles.

What are the challenges and risks of implementing IAM?

Despite IAM’s presence up and down an organization’s security stack, it doesn’t cover everything. One issue is how users’ “birthright access” policies evolve. These are the access rights that are given to new users when they begin working at a company. The options for how new employees, contractors and partners are granted this access touch on numerous different departments, and “delegating this to the right people and managers becomes an issue,” says Cser. “IAM systems should be able to detect access rights changes automatically, but they often don’t.”

This level of automation becomes important, particularly when it comes to automated on and offboarding of users, user self-service, and continuous proof of compliance, Steve Brasen, research director at EMA, recently wrote. Manually adjusting access privileges and controls for hundreds or thousands of users isn’t feasible. For example, not having automated “leaving” processes (and auditing them periodically) will almost guarantee that unneeded access rights haven’t been completely revoked.

You can’t do this with Excel spreadsheets or other manual methods,” Cser says. “But the underlying complexity of user onboarding hasn’t gotten better over time, even as IAM products have gotten better at handling workflows and business processes.”

Second, while zero trust networks are all the rage right now, the issue is being able to continuously monitor these trust relationships as new applications are added to a corporation’s infrastructure. “We need to watch what people are doing after they login and look at behavior baselines. There are lots of false positive opportunities, such as if a user broke their finger,” that can mess up these trust relationships, Cser says.

Next, the relationship of IAM and single-sign on (SSO) needs to be carefully orchestrated. According to Gartner, “the goal is to get to one integrated SSO system per user constituency that can mediate access to all of the generations of applications the organization uses. Note that this doesn’t necessarily mean using one SSO tool across the entire organization.”

Next, the grand unification of IAM with customer-centric IAM has begun, as witnessed by Okta’s Auth0 acquisition. As long as these are seen as two separate efforts by security professionals, IAM will always be playing catch-up.

Next, IAM teams need to be conversant with multiple cloud architectures. Integrating best practices with an organization’s network and applications infrastructure will be challenging, and bridging the security gaps among these cloud providers won’t be easy.

Finally, it's important to build in identity management from the start with any new applications. Cser suggests carefully selecting a target app that can be used as a template to pilot any IAM and identity governance, and then expand to other apps across the enterprise.

Buzzwords come and go, but a few key terms in the identity management space are worth knowing:

This article was written by David Strom from CSO Magazine and was legally licensed through the Industry Dive publisher network. Please direct all licensing questions to legal@industrydive.com.